Just wait until someone accidentally burns the shit out of themselves. It actually happens all the time with medical oxygen in hospitals, as in, a controlled environment where oxygen use is expected, and the injuries can be severe, even deadly. Imagine bringing one of these to a BBQ, someone lights the grill too close to you, fwoomp 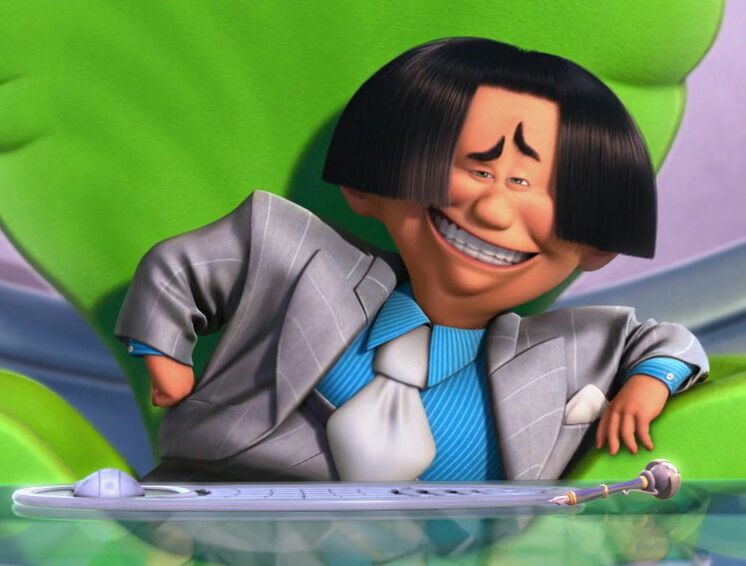 Life is a joke

U guys this is normal to use at higher altitudes. Years ago me and dad bought some for our backpacking.

Remember when “canned air” was a hyperbolic image to show outrageous hypothetical dystopia? I remember. Speedy Racer comes to mind.

Also a gag in “Spaceballs”

No. Those aren’t something you can just buy from a random shelf next to a Red Bull fridge, they need to be rated by a regulatory body and fitted for each climber, so definitely something you’d need at ask a store consultant for. Also, they would include equipment similar to a scuba system, including a refillable tank, regulator, and mask. Not just a standalone canister you hold to your face when you need a boost. 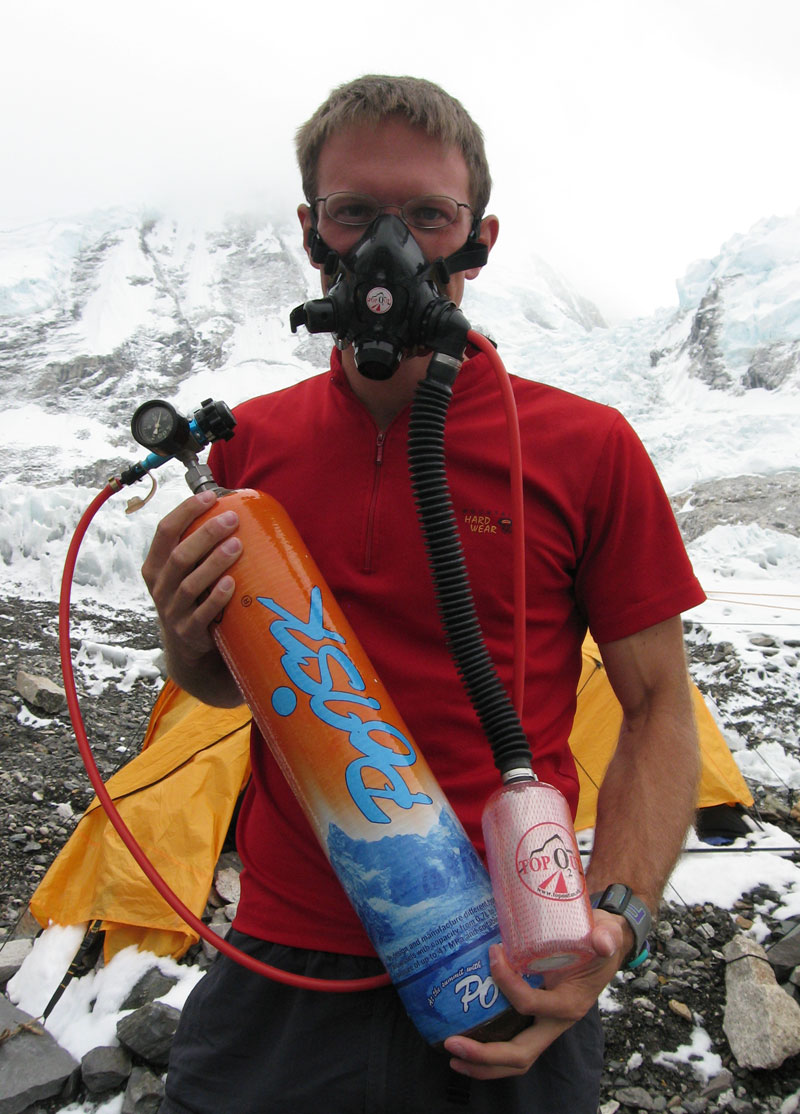 And if you’re using it medical purposes (it does say “respiratory support”), you should only get it at the instruction of a doctor, because the majority of people don’t need it and will be throwing their money (and a bunch of disposable canisters) away. Whereas the marketing for this is clearly “you, YES YOU, need this!”

And a proper medical oxygen system that a doctor might prescribe doesn’t look like that either. It would also have a complicated regulator, and would also be refillable, so you don’t have to go through can after can every day because you need it to live. 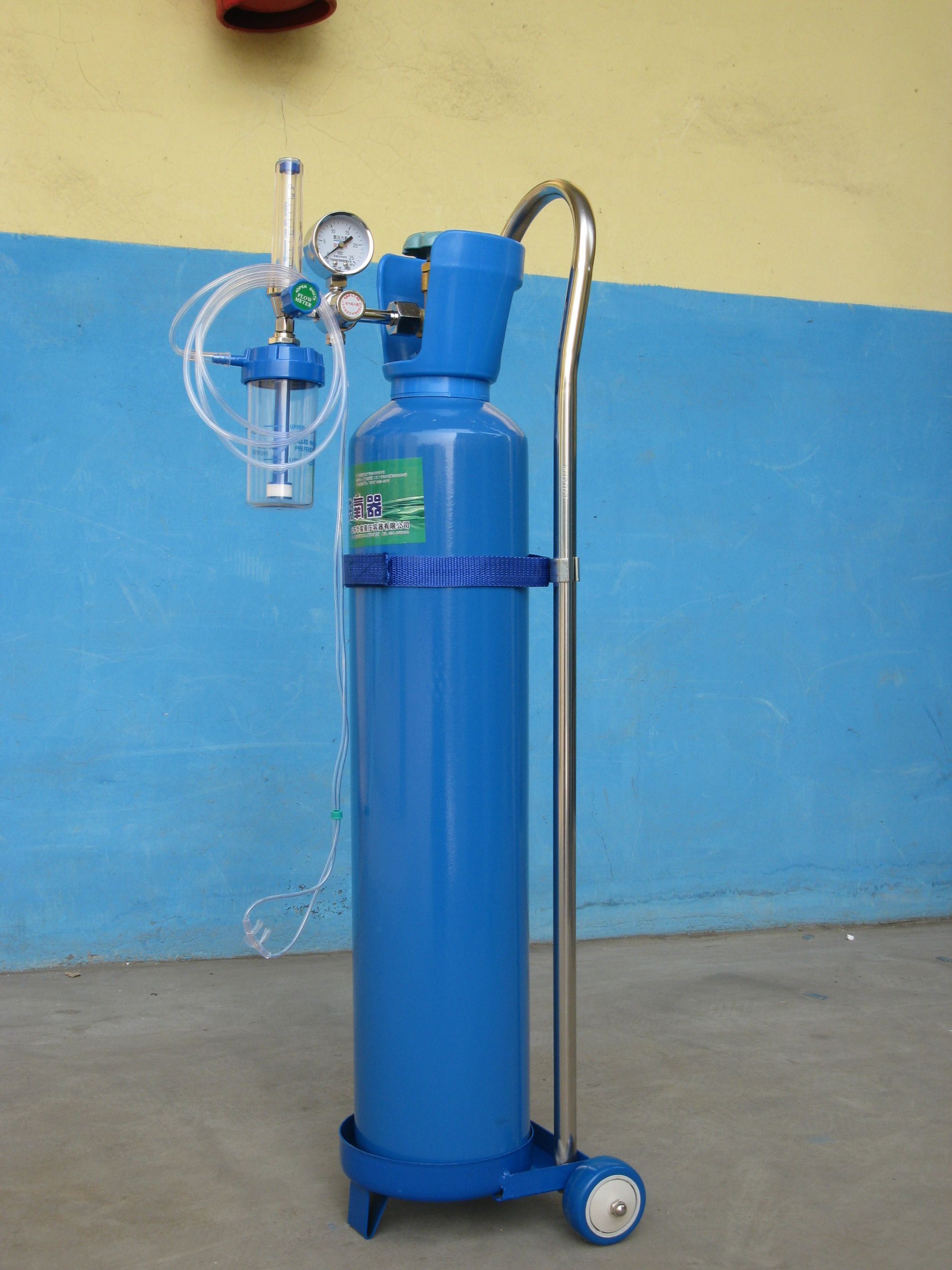 Or, for chronic need of supplemental oxygen, you wouldn’t even bother with a canister. Instead, a continuous oxygen concentrator would make more sense, which can give you fairly enriched oxygen from regular air and wall power, so you don’t need to constantly refill it: 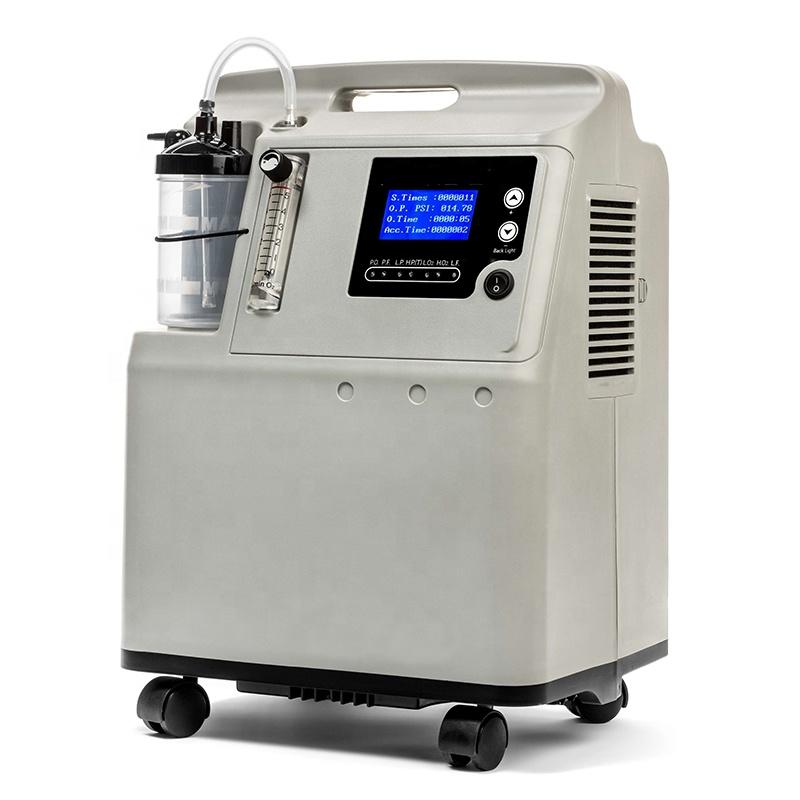 (Source: My grandmother used supplemental oxygen for some time. We had one of those oxygen concentrators and I was always fascinated by it.)

Consider the shape, size, and price, I also doubt the O2 can in the picture is pressurized anywhere near a proper O2 tank would usually be, which mean…good luck getting relevant amount of oxygen from those cans.

The scuba community affectionately calls similar miniature tanks “three breaths till death.” Because it’s so undersized that you will very quickly run out of air, often without realising it.

oh joy I thought we were a decade off from this! But no! Looks like dystopia is arrving early!

Me and my dad bought this years ago for backpacking in the mountains. Oxygen levels are lower up there because the atmosphere is thinner. It helps when you are moving a lot.

With all that leaded gas fumes, mmm.

I thought it was Spaceballs

Here’s the thing: blood in a healthy human is almost always at near full oxygen saturation, even when heavily exercising. IIRC something like 98% saturated pretty much at all times. Breathing faster and heart beating faster? That’s your body’s way of keeping your blood maximally oxygenated. You can test this easily with a $20 pulse oxymeter that you can find online or at the pharmacy. Put it on, run like hell, and watch how your blood oxygen doesn’t really drop. If it does, call your doctor because it’s very likely something’s wrong.

And if the blood leaving your lungs breathing regular air is already very near saturation, that means it doesn’t have the ability to pick up much more oxygen even if it’s available! You only absorb about a quarter of the available oxygen in regular air in a regular breath to begin with, adding more oxygen is pretty much useless and will just get exhaled! We specifically have re-breathers for diving and space suits because we can’t absorb all the oxygen in one breath, and you don’t want to waste any to exhalation when your supply is highly limited! The reason your muscles run anaerobically when exercising is the bottleneck in delivering oxygen from blood to muscles, not a bottleneck in gas absorption in the lungs because the oxygen concentration is too low!

Humans evolved with 20% oxygen in the air, that’s the optimal concentration for us and the most we can take advantage of! The only people this is useful for is people who have trouble absorbing oxygen, but those people should be getting recommendations from their doctor and not buying random “health” products. Or, maybe if you’re a dinosaur and you evolved under something like 60% air oxygen, which was actually why animals were so big back then. /rant